Do You Really Live Your Values?

“The value judgments we make determine our actions, and upon their validity rests our mental health and happiness.”  Eric Fromm Man for Himself: an Inquiry into the Psychology of Ethics

For better or worse, the values we each choose to live determine the course and quality of our lives.  To experience psychological health, emotional nourishment, and fulfillment in life, man must choose to value and live that which is actually good for him.  By good, I mean the chosen beliefs and resulting values must be beneficial, in that they contribute in some constructive manner to the individual’s survival or nourishment–be it physical, intellectual, or psychological.  Psychologically, good and beneficial values are not only necessary for sustaining mental health but also provide for man’s need and desire for self-development, self-enrichment, and enable fulfilling interaction with his environment.

The act of valuing is the mental and emotional act of preferring one object, action, idea, or person over others.  As man perceives something, he defines its existence and thereby initiates the process of deciding its value.  If he believes the idea or object of his perception is truth and it holds personal significance, it is valued and becomes part of his perceived and preferred reality.

Everyone claims to have values, but when asked what their specific values are, most can only give broad categories as values in response.  God, country, family and so on are not values.  They are categories in which to form specific beliefs and values.  For example, when anyone says to you that he believes in God and family, what has he actually said?  Both words are meaningless unless defined according to the individual’s beliefs as to their meaning and application.

Where do Values Come From?

In the broadest sense, values are anything and everything a person believes to be of personal significance. Our values are learned early in life as a result of what we learned to believe as truth about ourselves and the world.  As one’s life proceeds, all purposeful action aims at the achievement goals driven by beliefs and values.  In other words, everyone has and lives by values, and all decisions and actions be they harmful or beneficial are based on them.

The values held by an individual express:

Understanding the nature of values must include an explanation about what values are not.  Values do not emanate from nature as intrinsic to man nor are they a gift from a divine entity.  Values are abstract, subjective conceptual creations of man’s mind.  They are created, learned, lived, and discarded according to man’s will.  In short values are a product of man’s biased thinking, for better or worse.

To be ethical and functional, values professed by individuals or societies must be consciously chosen, validated, and actually lived.  American society is hypocritical in that it professes ethical and constructive values while not holding itself accountable for actually living them.  This problem is not unique to America.  It is the problem of all mankind.

In addition to not living professed values, current American values are also hypocritical because they are both ambiguous and contradictory.  Values vaguely formed are self-serving and prevent accountability. Ambiguously stated values can be reinterpreted at will or ignored when it’s convenient.  They are in effect only empty words to be redefined at will and used to rationalize what is desired in the moment.  Constructive values, which are beneficial, non-contradictory, clear, and specific – and are therefore open to critical evaluation – are avoided in favor of values with little or no accountability.

Individuals and societies seem to believe in the idea of values, but do not know the specifically what they are or if an when they are actually living them.  Individuals and societies believe their values are critically important in their lives, even though they don’t know what they are and when they are being applied in an irrational, contradictory or irrelevant manner.  For example, when a president is in office that one likes, the individual thinks everyone should respect him and what he says.  However, when someone who is office is not of their party or is disliked personally, they feel free to trash everything he says or does.

To be sure you’re living good and constructive values you must be able to clearly express them to yourself and others.  Then and only then will your beliefs and behavior be consistent.  If you do not consciously know your values, then you cannot express them clearly to yourself and others.  Neither can you be sure you are practicing them well, or with any consistency. Additionally, if your values are not consciously known to you, you cannot know the quality of what you value.  What you value could be harmful to you and those around you.

Lastly, to be both valid and effective values must be lived in all areas of one’s life all the time.  If not lived totally, professed values are just words.  If values are lived inconstantly, they are just words.  Incomplete or inconsistent application of one’s professed values is self-deceiving and self-defeating.  It will only lead to diminishment of self-esteem and increasing failure to experience fulfillment in relationships and life in general.

In my book, Meta-Values: Universal Principles for a Sane World, I present the philosophical/psychological meta-values that are fundamental to nourishing man’s healthy character, growth and well-being.  In addition to being values the meta-values are ethical life principles that give meaning and direction to all other beneficial human values.  As principles, meta-values act as internal guidelines for validating thinking as well as behavior.  Meta-values are also universal, in that they are applicable to everyone, regardless of culture, subculture, race, age, or gender. 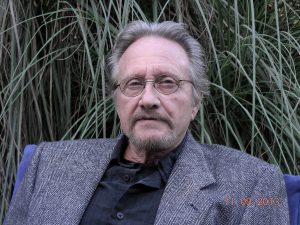